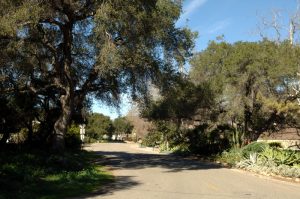 The neighborhood known today as the Oaks consists of approximately two hundred homes. The story of this neighborhood and its homes is rich in historical detail. The telling of the Oaks story is another way of telling Santa Paula’s story. The neighborhood is the product of layers of settlement, one folded over the other, the result of numerous hands acting over a period of centuries—from the native Chumash at Mupú to the padres from Mission San Buenaventura, through Californio landholders, pioneering American settlers, agricultural capitalists, land developers, and individual home builders. The expression of these widely varied ways of life and approaches to the use of the land, over time, has produced a neighborhood that manages to be unified, in the way we view it today, yet diverse in its origins. In his recent book, “The Oaks of Santa Paula, a history of Santa Paula Canyon and the Oaks Neighborhood,” Mitch Stone tells the story of this unique neighborhood and its graceful homes. This history is drawn from a wide variety of sources, including documentary evidence and oral histories. The main source of primary research was the Santa Paula Chronicle, beginning in 1888, and its competitor for some years during the 1920s, 1930s and 1940s, the Santa Paula Review. 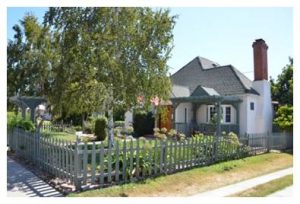 This subdivision was developed in the 1980s by Limoneira. Hillsborough Estates consists of larger homes on generous lot with commanding views of Santa Paula and the South Mountain Range in the distance. 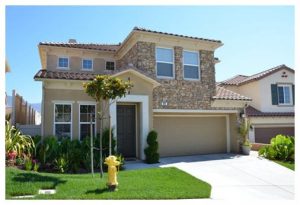 The Vista Pointe subdivision lies adjacent to the Hillsborough neighborhood and to the South and East of Santa Paula Memorial Hospital. The architectural style within Vista Pointe is predominately Mediterranean.

Las Pasadas is a charming 87 home development approximately one mile within the western boundary of the City of Santa Paula.